Home » Social Networking » Fake Twitter Followers – How Do You Rate? 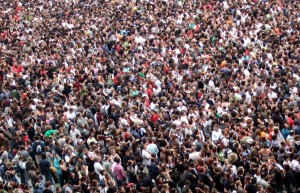 I came across a rather interesting Fake Twitter Followers Infographic (graphic was hosted on Fotopedia which shut down on 2014-08-10) that displays data around the number of fake followers that are comprised within celebrities, businesses, politicians and others’ Twitter follower roll.  I guess those with a lot of followers maybe get a lot of spam followers or they are using questionable tactics to build their base of followers.

My personal Twitter account, though with many fewer followers and rarely used, didn’t score too bad.  I have 0% fake followers, 18% are inactive and 82% are legit.  I’m happy with those figures as many more of my followers are real than those following Ashton Kutcher.  Ashton came in with 29% fake, 45% inactive and only 26% good.

So, why are my number of followers so legit?  Probably because I don’t instantly follow back those who follow me.  This cuts down on the spam followers.  Also, I don’t think any of my accounts are listed as a suggested follow when someone creates a Twitter account.  Ashton, on the other hand, probably is listed. 🙂

Anyway, interesting Infographic and tool and worth a peek.  As I suggest with any SEO tool, and life in general, honesty is the best policy.  Build your ranks with insightful, useful information and you’ll do well.